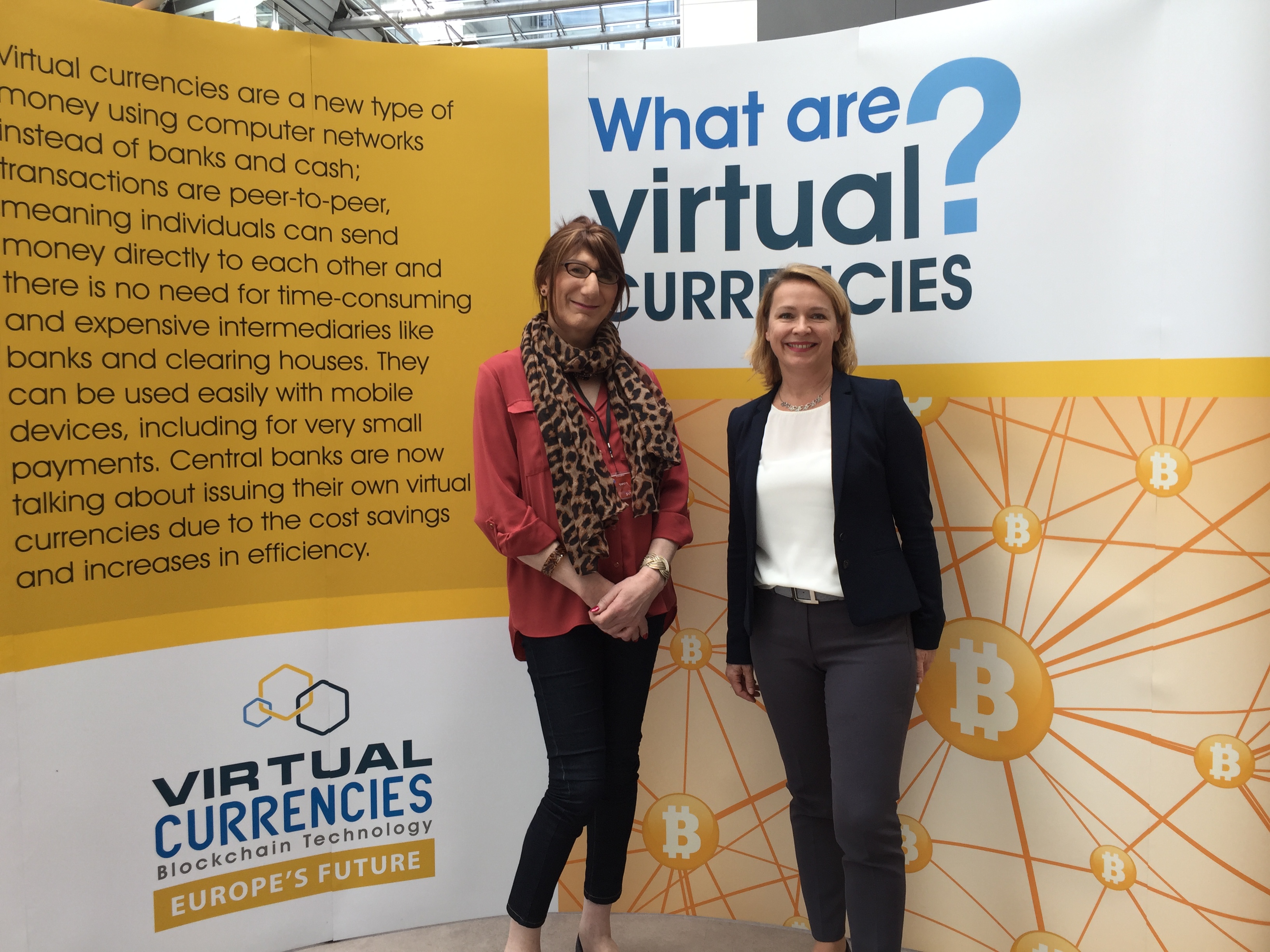 "As there has been little evidence of illegal usage of virtual currencies, the position I advocated for is to allow the users to decide which technologies they are willing to trust", said Ulrike Trebesius MEP, rapporteur of the report. "Maximum transparency of the providers of virtual currencies in areas of technological security, the securitisation with underlying assets, knowledge about the operators and potential risks are the building cornerstones of effective virtual currencies and they guarantee that the users can make an informed decision".

Ms Trebesius visited EDCAB's Exhibition at the European Parliament straight after the vote on the report to discuss its outcome. The report asks the European Commission to continue to monitor the sector either with a newly created "task force" or by expanding an existing one. The Committee on Economic and Monetary Affairs is also due to vote on their own initiative report on virtual currencies next week. EDCAB will continue to engage with policymakers across all parties and EU institutions, in what is shaping up to be, a rapidly developing policy area.

Traditional financial services players such as Barclays and Nasdaq joined leaders from the virtual currency and blockchain world, to meet with policymakers from across the EU institutions in a series of roundtables organised by EDCAB in the European Parliament. Participants were also joined by the World Bank, IMF, the Bank for International Settlements, OECD, the European Securities and Markets Authority and Europol to discuss how to best to develop an optimal regulatory framework for the nascent sector. EDCAB Founder, Siân Jones, moderated sessions on the economic benefit of virtual currency, trusting distributed ledgers and ensuring effective and proportionate legislation.

The roundtable series comes at an important time. Virtual currencies have rapidly risen up the European policy agenda in all the major institutions. Jones, continues “As the only independent European public policy platform for virtual currencies and distributed ledger technology, EDCAB is delighted to be playing a leading role in shaping discussions between industry and policymakers in order to secure a sound regulatory and policy landscape”.