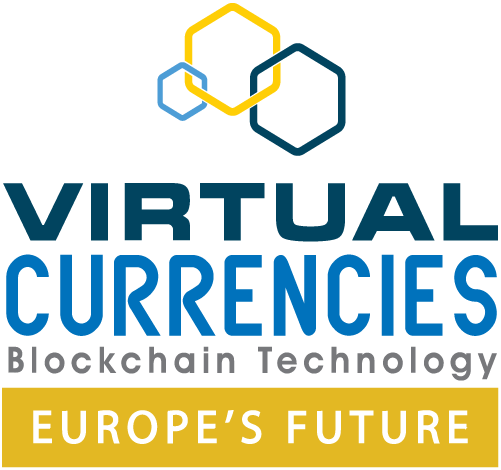 Hosted by Syed Kamall MEP and in conjunction with The Cobden Centre, EDCAB is co­-organising a flagship event on Virtual Currencies and Blockchain Technology in the European Parliament. The event, Virtual Currencies and Blockchain Technology: Europe’s Future will consist of an exhibition in the European Parliament which will culminate in a series of exclusive roundtables for industry and policymakers.

The Exhibition, which will be held in the central hub area of the European Parliament, includes informative displays that focus on virtual currencies and blockchain, the benefits for citizens, the broader economic and societal potential and common myths. The Exhibition will run from Monday 18th April to Thursday 21st April and is targeted at MEPs and their staff as well as other EU institutions, authorities and agencies.

Please contact your local MEP for an invitation to visit the Exhibition.

Roundtables are by invitation only.

What will be discussed?

Three roundtables including presentations from industry experts and open discussion moderated by EDCAB Founder, Siân Jones, will focus on:

● Blockchain: Trusting distributed ledgers - looking at how blockchain and use cases can improve trade, economic prosperity, governance and the lives of citizens, hosted by Eva Kaili MEP. Presentations from: Nasdaq, Guardtime, Epiphyte & Europol.

What is the purpose of the roundtables?

The roundtables form part of a series of activities organised by EDCAB to educate and engage with EU policymakers to shape a sound regulatory and policy agenda for virtual currencies and distributed ledger technology in the European Union.

The objective of the sessions is to facilitate a safe place to exchange views and ensure that policy decisions are taken in full knowledge of the virtual currency and blockchain industry business perspective.

After the roundtables, EDCAB will produce reports to summarise discussions, areas of further collaboration and next steps.

Roundtables are by invitation only. However, if you would like to visit the Exhibition, please contact your local MEP for an invitation.

The Committee for the Internal Market and Consumer Protection passed their Opinion on the European Parliament's report on virtual currencies the day after EDCAB held its flagship roundtable series for policymakers and industry in the Parliament.