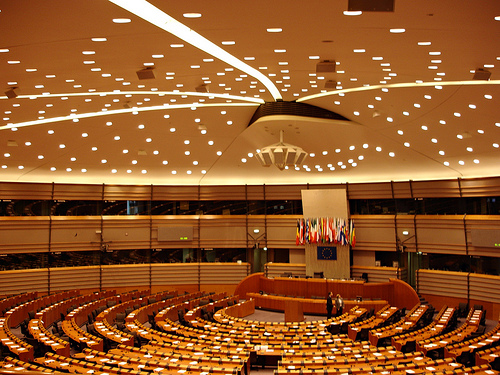 The European Parliament's influential Committee on Economic and Monetary Affairs voted to adopt its virtual currencies and blockchain report this morning (Tuesday 26 April 2016) by 54 votes to 1 (with 2 abstentions); paving the way for a vote of the full parliament at May's plenary meeting. The vote comes as the Commission considers measures to bring virtual currency exchange platforms under the scope of the existing Anti-Money Laundering Directive which is due for an update.

One of the proposals contained in the report, authored by Jackob Von Weizsäcker (S&D) is the creation of a taskforce, overseen by the Commission, to regulate virtual currencies and proposing recommendations for any necessary legislation to regulate the sector. The report also warns against a heavy handed approach to this new technology, which, it says, can offer significant opportunities for the consumer and economic development. Mr Von Weizsäcker commented: "To avoid stifling innovation, we favour precautionary monitoring instead of pre-emptive regulation. But, IT innovations can spread very rapidly and become systemic. That's why we call on the Commission to establish a taskforce to actively monitor how the technology evolves and to make timely proposals for specific regulation if, and when, the need arises."

The ECON vote follows last week's vote of the Committee on Internal Markets and Competition vote adopting its Opinion on the report.

Council of the EU calls for swift virtual currency legislation

The Council of the European Union - comprising ministers from all 28 member states - has called for legislation on virtual currencies to be tabled by the end of June 2016.